Cienfuegos, nicknamed the “Pearl of the South”, has a rich colonial history. You'll certainly be charmed by the French-influenced architecture and the colorful buildings of this important commercial port. In addition, Cienfuegos has a warmer temperature than anywhere else in Cuba, due to its southern location, directly on the beautiful Caribbean Sea. What are you waiting for? 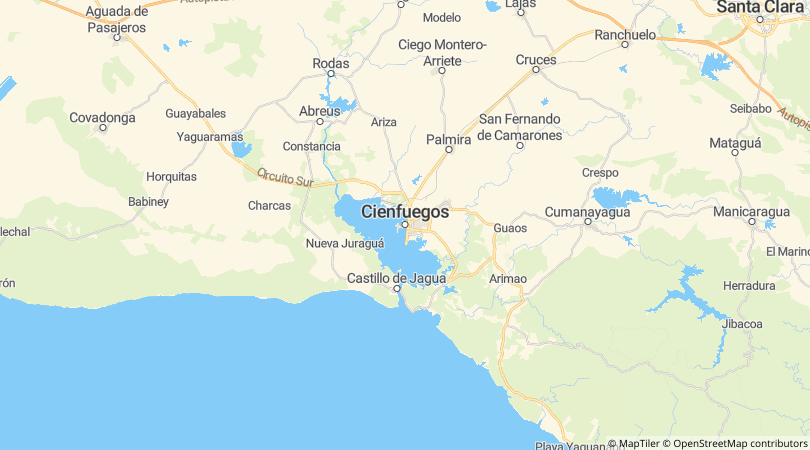 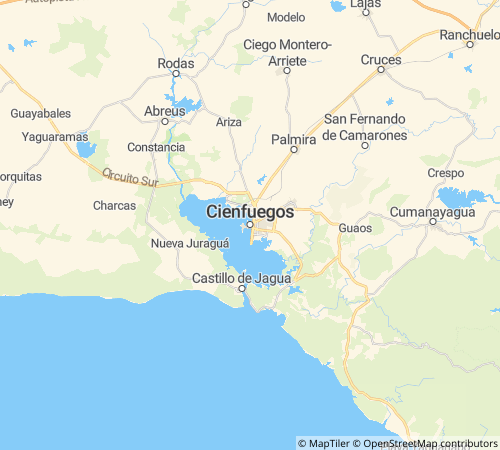 What to do in Cienfuegos

A true architectural gem, Cienfuegos is certainly one of the prettiest towns in Cuba. Visit the Purísima Concepción Cathedral, built at the end of the 19th century, where you can observe a dozen of unique stained glass windows imported from France. The Provincial Museum is also worth seeing, as is the Tomás Terry Theater. A stroll down the Avenue del Prado is a must do: you can even take a photo with the statue of Benny Moré!

The construction of Jagua Castle was completed in 1745. Located at the entrance canal to Cienfuegos Bay, it was built to defend the city from pirate and British attacks. Jagua Castle was declared a national monument in 1978. You can visit the small museum inside the fortress where visitors are told stories and legends about the place.

Take advantage of your visit to Cienfuegos to make a small detour to Trinidad. About 80 km separates you from this city built on the mountainside and declared a UNESCO World Heritage Site. With its unique colonial architecture, cobbled roads and multicolored houses, Trinidad is said to be the prettiest city in Cuba. Do not miss the Romantic Museum, the Colonial Architecture Museum or the Casa de la Música, where you can perform an open-air dance to the rhythm of the haunting Cuban music. Don’t miss it!

Whether you have a green thumb or not, you must visit Cienfuegos’ Botanical Garden! You will be impressed by its 97 hectares, its many trees, plants and flowers. Founded in the late 1800s, there are nearly 2,000 different tropical and subtropical plant species there. This botanical garden is one of the largest in the world.

Cienfuegos is the number one destination for scuba diving enthusiasts who travel to the beautiful island of Cuba. In addition to its famous and majestic Notre-Dame coral column, named after the Parisian cathedral due to their resemblance, you will be able to observe underwater cavities and submerged wrecks.

Spanish is the official language in Cuba. However, since this is a very popular destination for Canadians, it is not uncommon for people to exchange a few words in French or English with all-inclusive hotel staff.

Voltage is 220V in most hotels. If your devices only work on 110V, be sure to bring a converter.