Located on the Pacific coast of Mexico, Acapulco is a destination where you can find many magnificent all-inclusive hotels. This seaside city is appreciated for its golden sand beaches, its golf areas, its night life and of course, for its mild tropical climate. With an average year-round temperature of 28 °C, it is the place with the most stable climate on the American continent. Discover all that Acapulco has to offer on your next trip to Mexico. 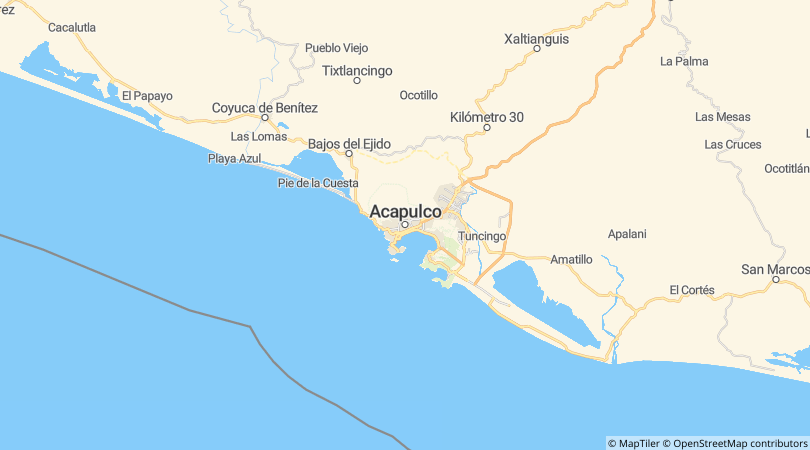 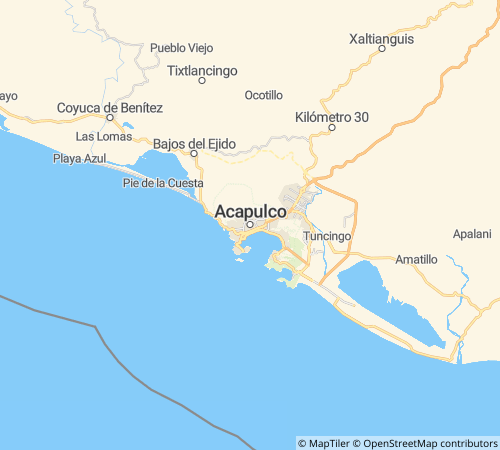 What to do in Acapulco

Discover the cliffs of La Quebrada

While in Acapulco, you MUST visit the cliffs of La Quebrada. This site is known for its famous show during which courageous and experimented divers jump from a 35-meter-high cliff with flaming torches in their hands. This impressive performance takes place 5 times a day. If you can, try to attend the night show. It's definitely an activity to put on your list.

Acapulco is full of splendid beaches. Indeed, you will find some of the most beautiful ones on La Roqueta Island. After a boat cruise, you can chill out on one of its 9 golden beaches. It's also the perfect place to observe marine wildlife through crystal clear waters. A real snorkeling paradise! Looking for adrenaline? You can go hiking the jungle trails. Enjoy the moment and get to the observation point for an incredible view on the city beaches.

Forty minutes away from Acapulco lies Tehuacalco's archeological site. During your visit, you'll discover more about the Yope civilization, emperors, gods, and culture. The site was discovered in 1991 but the excavations began only in 2006. This old religious and political city has been opened to tourists since 2008. There you can find ancient ruins from 400 AD, including 57 caverns and structural pyramids.

Three hours and a half away from Acapulco, you'll hit Taxco, built on a hill of northern Guerrero. The city is known as the capital of silver transformation. There you can buy jewels and silverware. After a shopping session, you can also visit this small colonial city's mythic sites and get to know the Aztec and Spanish cultures. The Baroque Cathedral of Santa Prisca, built between 1751 and 1758, will certainly raise your interest as well.

Hop on a city tour to enjoy the city's best sites. Admire San Diego's Fort, an old fortress transformed into the only historical museum of Acapulco. Then, continue to the Chapel of Peace, the perfect site to observe Acapulco's Bay. After that, meet at the Turtle's Protection Center and participate to the release of baby turtles into the ocean. There are so many activities to do in this beautiful region of Mexico!

The country's official currency is the Mexican Peso (MXN). ATMs are easily found in Mexico. U.S. dollars, credit and debit cards are also accepted almost everywhere. Remember to communicate the dates of your stay to your banking institution if you plan to use your cards in Mexico.

Spanish is the official language in Mexico, but in tourist areas most people also speak English. Before you go, learn a few words and phrases in the local language to wow the locals!

Electrical outlets used in Mexico are the same as in Canada. However, the voltage and frequency may differ depending on the hotel. If your devices do not include the words: INPUT: 100-240V, 50/60Hz, plan ahead and bring a power converter.